Just like a snowflake or a fingerprint, every child is unique in their own special way. Every child has a unique way of feeling, thinking, and interacting with others. Some children are shy, while others are outgoing; some are active, while others are calm; some are fretful, while others are easy-going. As a loving and nurturing parent, it’s your job to encourage them to embrace their uniqueness and celebrate their individual qualities.

Allow your child to express themselves through their interests. They may find a creative outlet in theatre, dancing or art, or they may be exceptionally talented in the sciences. Encourage them to embrace what they like to do, what interests them, and what makes them happy. Help them realize that they don’t need to worry about being ‘like everyone else.’

Teach your child to make positive choices, and praise them for good deeds, behaviors and positive traits they possess. Encourage them to become actively involved in their community, and introduce them to activities that promote a sense of cooperation and accomplishment. Be firm yet fair when handing down discipline for misdeeds or misbehaviors, and make certain the rules and consequences for breaking the rules are clearly defined. Show a cooperative, loving and united front with your spouse when it comes to discipline.

Accept and celebrate your child’s uniqueness. Remember that your child is an individual. Allow your child to have his or her own personal preferences and feelings, which may be different from your own.

And finally, encourage your child to be true to themselves by doing the same. Show your child how to make positive choices with the choices you make, and that nobody is perfect and you too make mistakes. Show your child that mistakes can be a great learning experience, and that they should not be ashamed or embarrassed about making them. windows server .

The Making and Concept behind ‘Did You Ever Know…’ Sing-along Song and Viral Teaser Video:

Four Cousins – Raghunath Rajaram (Founder Aglet Design), Snehaa Sundaram (20), Nithika Sundaram (17) and Nishaant S Raj (13) got together on May 12th 2012 and decided to record a song just for fun. Raghunath had coined the line ‘Did you ever know that your Bum has got a hole…..’ many many years ago when he was in school. His friends found it grossly hilarious, but would always laugh and repeat the line. When he told his cousins this, they were amused and literally forced him to think about composing a song with this as the chorus! Snehaa, Nithikaa and Nishaant now couldn’t contain their laughter as this line kept playing on their minds. They got together at Aglet Design’sTM studio with Raghunath and let their creative juices flow! Nishaant the youngest of this group was thrilled to be the drummer for a song that made him roll on the floor laughing! Snehaa, Nithikaa and Raghunath joined creative forces to come up with the lyrics. Raghunath, the expert then sang, played the guitar and mixed before the gang of cousins invited the family to listen to their hilarious creation!

Jayaram Rajaram (Managing Partner, BrilTM), Raghunath’s brother was one of the first ones to be invited for the launch show which would then go on to create history. When Jayaram heard this song for the first time, his gut told him that this could make a very different and engaging teaser campaign for BrildiapersTM which would be launched in a few months. When he suggested this to Raghunath, they immediately concurred as they intuitively felt it would have an immediate connect with the audience. Why did they feel that way? Because they loved listening to and singing along with this mildly weird, below the belt number! Everyone who heard it loved it and couldn’t stop humming the tune and singing! We decided that these gut-based goose-bump moments shouldn’t be ignored, so they got acting.

There was a slight fear that they were working with an old brand with tremendous equity. The brand had a conservative audience, but at the same time they knew that unless they did something out-of-the ordinary no magic would happen and they would never be able to stand out of the clutter. While creating the teaser ad they decided, no matter how conservative a person is, he / she will secretly love this song! Another run-of-the-mill diaper ad would never become viral. This ad was in any case targeted at adults and parents (it’s also perfect for a cool parent to share it with a pre-teen child too for a good laugh, as humour enhances the communication between the parent and child). The idea was to get people singing along and laugh about common physiological aspects. Fun jokes like this are in any case a regular phenomenon between good friends and amongst close relatives in most families (though many will not openly agree they enjoy a good laugh about such topics). So…..

‘Did you ever know…..’: of course an adult knows about his / her human physiology, but what about your baby? That’s the subtle message that comes across towards the end. So the fun they had listening to the song and following the lyrics is gently pushed to a feeling of empathy towards their baby. In a nutshell, every human being knows what it feels like to wait outside a locked bathroom door, or the agony of not being able to pass stools- while babies are oblivious to these aspects, it’s up to the parent to ensure their baby’s comfort with the softest possible disposable diapers – Brildiapers! While most diaper ads talk only about the baby peeing we thought about talking about poo-ing- Just For Fun!

This campaign also fit well into Bril’s new positioning of Bril Makes Living Fun. It urges people to stop intellectualizing everything and just enjoy the song and video! If you liked it – share it. Make Living fun for everyone. If you didn’t like it – just buy Brildiapers anyway – once they are launched (As they are the best diapers in the world!)

(WARNING: This video contains lyrics that some may consider offensive. If you cannot let go and laugh this is not for you. Viewer and parental discretion is advised. Bril (Industrial Research Corporation) and its partners shall not be held liable under any circumstance, as you explicity agree that you are watching this video out of your own free will once you click ‘Play’)

Bril is giving away FREE “Chhota Bheem and the Curse of Damyaan” tickets to 125 LUCKY WINNERS in Bangalore, Chennai and Hyderabad.

All you have do is:

Fill a simple form with your address…
… and Bril will DELIVER tickets to
your “door step”.

** No catch. No hidden agenda. No questions asked! We just happen to have free tickets to give away to our friends 🙂

Win 2 FREE movie tickets in 60 seconds without having to wait in long queues or spending any money whatsoever! Cool, right?

Listen… we’ve already received DOZENS of entries after posting this on Facebook yesterday. And we can only have 125 winners… Each winner receives 2 tickets.

So — go ahead and take action, right now! FILL the form and let us do all the work of delivering FREE tickets to your door step.

Just IMAGINE the look on your child’s happy face… Priceless 🙂

Children are inquisitive by nature. When they are younger, it’s usually because they want to better understand something. When they are older, it’s because they want to better understand why you think something is important and why they should also feel the same way. Regardless of their age, it’s imperative that when setting forth the rules and expectations in your home, your child understands there is no room for questioning the rules you set forth and the consequences of breaking the rules.

Younger children usually do not understand a lengthy explanation of why it’s important that they be home from their friend’s home at a certain time or why they aren’t allowed to play ball in the house. But the one thing they do strive to do most of the time is to make their parents proud and happy. So when a young child asks “Why?” or “Why not?” when they are told they can’t play with something or someone or why they have to obey a rule you’ve set forth, simply explain to them that “because it makes me happy when you follow the house rules and do what I have asked of you.” You should avoid using the term, “Because I said so,” as that only adds to the child’s frustration and confusion.

Older children, adolescents and teenagers alike will probably require more from your explanation. When they question “Why?” or “Why not?” it’s best to directly, honestly and clearly state your reasoning. “I asked you to be home by 10 p.m. because we have to be at the dentist’s office first thing in the morning for your check-up and we can’t be late.” It is also a great opportunity for you to reiterate the consequences of breaking the rule. “If you are not home by 10 p.m., you’ll be grounded from going to your friend’s house for a week.” Be consistent, be firm, and be clear.

Though your child may challenge you by asking your reasoning why a rule has been put in place, it also shows their growth as an individual thinker. So try not to get angry or frustrated when they do so; realize it’s their way of understanding their world around them. 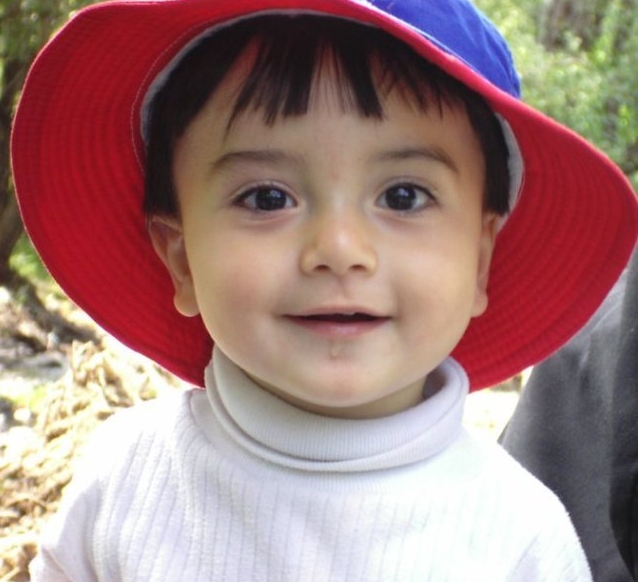 It’s often been said that children learn where they live. So if you’re looking for a place to start helping your child build positive self esteem and self value, then show them your positive sense of self and strong self esteem.

1) Be positive when you speak about yourself and highlight your strengths. This will teach your child that it’s okay to be proud of their talents, skills and abilities. Your child also benefits greatly from honest and positive praise. Find something about them to praise each day. You could even give your child a task you know they can complete and then praise them for a job well done after they’re finished. Show your child that positive acts merit positive praise.

2) When your child’s feeling sad, angry or depressed, communicate openly, honestly and patiently with them. Listen to them without judging or criticizing. They may not fully understand why they feel the way they do, so the opportunity to communicate with you about it may be what’s needed to help them sort through a difficult situation.

3) Suggest positive behaviors and options as solutions, and make sure to leave that door of communication open so they know the next time they feel badly, they can come to you for help and know that you won’t judge or punish them for how they’re feeling.

4) Teach your child the importance of setting goals and developing a plan to meet that goal and complete that task. Small projects are the best to start off with in the beginning. Ensure that it’s an appropriate task for your child, and not too complex. Don’t only give praise at the end of the project, but praise their accomplishments during the project as well.

5) Most importantly, tell your child “I love you” each and every day – many times throughout the day, in fact. When they’ve behaved badly, remind yourself that it’s not them you don’t like, only their behavior. Tuck short, sweet notes in their lunchboxes or coat pockets, or even send them a card in the mail. Soon, they’ll learn to say “I love you” just as easily and honestly in return.