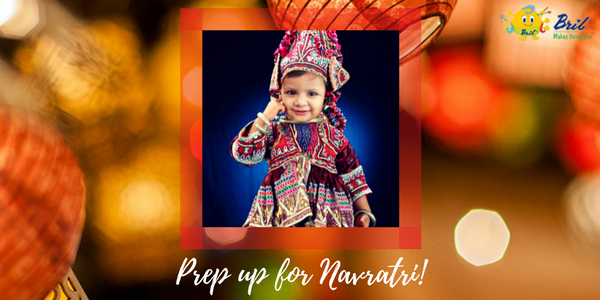 Navratri is a 9-day Hindu festival celebrated across the length and breadth of India in the months of September & October. This year, the festival falls between 21st September and 29 September. Navratri is the celebration of good over evil and is celebrated differently in different parts of the country.

Eastern & Northeastern India: Here, Navratri is celebrated in the form of Durga Puja. Goddess Durga who fights the buffalo demon, Mahishasura, and restores Dharma or right way of living or simply, the good in the universe, is venerated and prayed to for 10 days. Predominantly celebrated in West Bengal, Durga Puja includes putting up stage decorations/pandals which house beautiful clay idols of Goddess Durga. People gather at these pandals and worship the goddess, perform rites and recite chants & sing bhajans. One of the eye-catching traditions is what they call Dhunaachi Naach. Aarti or puja is performed using an incense burner called dhoop and sometimes men and women hold one or more than one dhoop and dance with them to the beats of a dhak (a kind of drum played in these parts of the country)

North India:  In Uttar Pradesh, Uttarakhand, Bihar & Madhya Pradesh Navratri is marked by celebrating Lord Rama’s victory over Ravana. The highlight of the festivities is the Ramlila, a musical and dramatic performance of the Ramayana, performed by artists from different towns and cities. Ramlila even draws international tourists to witness this symbolic and colourfully-rich enactment of Ramayana. In fact, this tradition has been given the status of “Intangible Cultural Heritage of Humanity” by the UNESCO(United Nations Educational, Scientific and Cultural Organisation). At the end of Navratri, the effigies of demons like Ravana are burnt to symbolise the victory of good over evil.

Western India: Navratri in Maharashtra begins with Ghatasthapana which means ‘mounting of a jar’, where a copper or brass jar is filled with water and mounted on a small of heap of rice. Along with the jar, other agricultural symbols like turmeric powder, mango tree leaves, coconut and eight varieties of 8 staple grains are also placed. A lamp is lit, throughout the 9 days of the festival, to symbolise knowledge and household prosperity. Similarly, in Gujarat, a clay pot, called Garbo, is lit and prayed to for the 9 days. This pot represents the womb of the family/universe and symbolises the Atman or the soul. Dance performances, called Garba performed using one’s hands and Dandiya which is performed using sticks, take place throughout Gujarat. These dances have become very popular across the country too.

South India: Kerala, Karnataka and Tamil Nadu observe Navratri in the form of Vijaya Dashami and  Dasara. Mysore in Karnataka is the hub of Dasara festivities; the Mysore Palace is brightly lit and people from across the world come to see the palace and the King perform rituals. Lamps are lit in the evenings outside people’s homes. Goddess Saraswati, the goddess of knowledge, and all objects that disseminate knowledge like books and musical instruments are worshipped. To celebrate prosperity, electric appliances and vehicles are worshipped. In fact, vehicles are ridden or driven over lemons which is a sign of destroying evil.

India is a multicultural country with different languages, cuisines and traditions. We not only have different festivals but even have different ways of celebrating the same festival, like Navratri. India, truly, is a great example of unity in diversity.