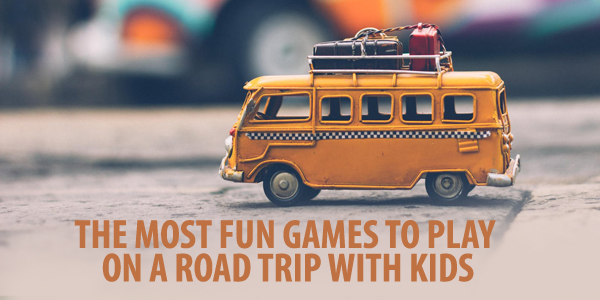 Family road trips are fun no doubt but when you take more time than expected to reach your destination, little ones start getting restless. So here are some car games to keep them engaged!

‘I Spy’-A classic travelling game that will never fail to cheer them up. Look at any object you are passing by and the child has to guess what you are looking at. Guesswork is done by guessing the colour, texture, length, basically any visual attribute. For eg, if you are thinking about the word sky, the child guesses in the following way- ‘I spy with my little eye something blue” and based on your response the child continues to guess or gives you the answer.

‘Name, place action thing’-This game is for 4 people. A particular letter of the alphabet is picked and each will be assigned to say a name or place or animal or thing. So finally you get a sentence and many of them are hilarious!  like for eg, Anita is in Allahabad Arguing with an Almond. So you see, Anita Allahabad, Arguing, Almond.

Global Antakshari: Antakshari without songs and instead with places around the world. Begin with the letter A and the next player will name another place with ending letter; for example, Aligarh-here the ending letter is ‘h’ so the next participant should name a place with ‘h’-

‘I am going on a picnic…..’ This game is a hit among kids, 5 years and above. One of them begins a sentence ‘i am going to a picnic with apples…’ the second player says the same sentence but adds something with b so now it reads, ‘i am going to a picnic with apples and bananas…’it increases vocabulary and is a huge test of memory as the lines get bigger and bigger the players will have to remember the words that precede their new one.

Chinese Whispers : A very popular sitting game where a player will whisper a word into the next player ears and so on and so forth the last player has to say the full sentence (that is made of words given by different players and given by the last player himself/herself). Many a time the result is hilarious!

Try these games out on  the next road trip!