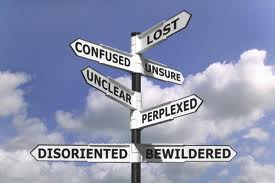 There are two kinds of children in this world, it appears- one that seem to know exactly what they want to do in life and the second, larger group that is still trying to figure things out.

As such, all parents are keeping their fingers crossed, as their child steps into high school, and hoping she makes the right calls with regard to higher education and career.

In this post, I am putting down some ideas and suggestions based on how we approached this for our two children:

• Reassure your children that it’s ok to be unsure: While my son was sure he would stick to the Math Physics combo as early as middle school, all through high school he was still uncertain about exactly what he wanted to do. When he started his undergrad program he thought he’d major in engineering, but by the time he finally decided to do a double major in Physics and Math(in his third year) he had changed his minds 3 or 4 times. But it did not quite matter, as he seems to be on course now.

My daughter on the other hand, even as late as when she was in Grade 9, was quite unsure even about whether she wanted to do Humanities or the Sciences or a bit of both. She became pretty anxious especially as her peers seemed to have better clarity. It was up to us to reassure her that she still had the time to make up her mind, and that it was more important to focus on doing well at school.

• Be open about the choices your children may make: Remember, the whole idea is to help your children explore options. So, as wild as their choice may seem to you, do not dismiss it off. Keep an open mind and try and understand why they are thinking about an area. It can happen that a few discussions can lend clarity to both the child and you, and for all you know, she may either outgrow the idea, or identify new areas to explore. Alternately she may convince you on its merits! In our case, my daughter, while trying to hone in on her options, happened to listen to a talk by a British archaeologist and came back convinced that this was her thing! I was quite stumped- she had never expressed an interest in the subject before though she had always been quite fond of History. But, rather than brush it aside, I decided to help her figure out if it really was her passion.
• Take outside help: As I knew next to nothing about Archaeology as a profession, I spoke to someone I knew who put me in touch with an eminent lady archaeologist in Chennai. So we met her, and while she lauded my daughter’s interest in the subject, advised her to rethink about making it a career choice- she was forthright in saying there was little or no money in it, and while the situation abroad may be better, it was not too different. Instead she said, choose a career in some other area but pursue Archaeology as an interest. Since my daughter was anyway quite interested in Biology, this conversation set her thinking and she is now exploring the option of a Biology related major with a few courses in archaeology thrown in for her undergrad.
• Think of ways to ascertain interest: Many children do not have the exposure to really decide whether they are passionate about a subject while they are in high school. Our school system does not really lay emphasis on projects outside school. And so, often times, they pick on subjects they do well in. No harm in that, but it may also be good to explore further. In our case, to check if this interest in Archaeology was really deep, I suggested to my daughter that she do a summer project. She loved the idea and decided to study medieval South Indian temples of two different kingdoms and draw some insights. She started the project in her Grade 10 summer vacation and is still working on it. It has definitely been one of her more interesting and deep learning experiences; it also gave her an idea of the rigor and extensiveness of work needed to put something worthwhile together.

• Do your own research: One of the challenges that parents face today is lack of understanding of the choices available for our children as we did not have even a tenth of these as we grew up. So, many times our fears and uncertainties are because of insufficient knowledge. To equip yourself better, as your child approaches high school or ideally even before, become more well-informed. Talk to people. Read a lot. Assimilate what is before you so that when the time comes you can actually facilitate the process.
Remember, for the child, this is one of the most crucial decisions she will make. Irrespective of what she says and how serious she seems, she is as anxious as you are; she does want to make the right choice. As a parent, be there for her and work with her and help her make the “right” decision.