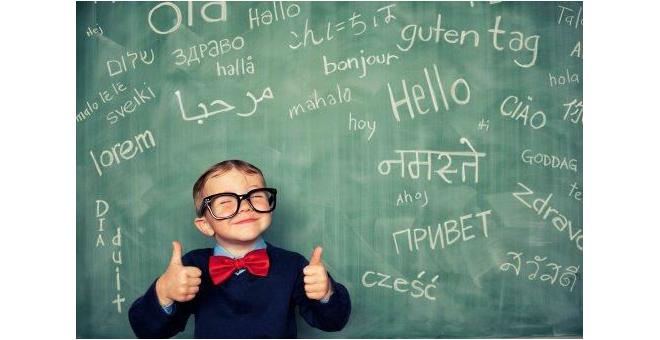 For the longest time, parents believed that teaching young kids more than one language was a bad idea. Some poorly conducted research even suggested that it could result in speech delays and confuse the children. Here is the real story behind raising bilingual kids.
The Crib Bilinguals; infants who are exposed to two languages from birth.
An infant, at just a few days old can differentiate between two different languages. Especially if the languages in question are as different as Tamil and English, where the intonation, the pitch and the words are drastically different from each other. However, if your infant is exposed to two very similar sounding languages like Tamil and Kannada, by about 6 months of age, he can differentiate between these too.
The Crib Bilinguals may start speaking later than children who have monolingual parents. This delay is just temporary and experts say it is not a general rule for every infant in that situation. As a parent to a 3 year old toddler, who has been a crib bilingual, I can say from experience that my child developed her language skills at around the same time as her monolingual counterparts did. She does however mix up her languages.
Mixing languages is a good thing
Mixing and switching words is inevitable in a multilingual household. But it is also harmless. In India, we regularly use English words to substitute some native language words. A child will mix up two languages for a couple of reasons. One, is that one of the languages has a stronger influence than the other. Second, he hears you regularly substituting and mixing words. Children eventually sort out the languages by the time they turn 4.
Your job is to expose the child to dedicated amount of time separately for each language. You can adopt a ‘one parent one language’ strategy for ease of understanding. Going by this, the child will learn through consistency.
Being bilingual is good for the brain too
The benefits of a bilingual household have shown to have long standing benefits for children. Studies suggest that bilingual children have advanced “executive function of the brain” that makes them faster at processing information, prioritizing, and planning complex tasks. Finally, bilinguals have a later onset of Alzheimer’s than monolinguals.
You can also read aloud to your child in one of the two languages. If you have any concerns about the size of your child’s vocabulary, rest assured that his combined vocabulary in both languages will be at par with monolingual kids. Just consistently keep speaking to your child in both languages. It is never too late for your child to learn a second language. If your child has been a monolingual and you would like him to learn another language, you can start right at home!