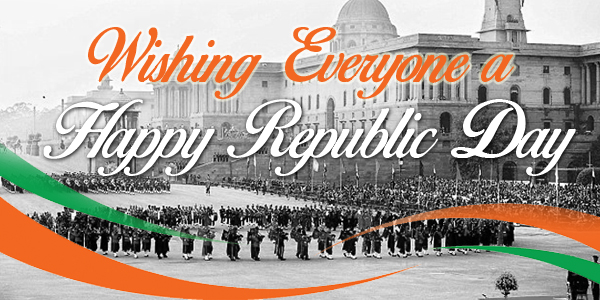 The story of India’s independence from the British rule is a story without precedence that demonstrated to the world that adopting a strategy of nonviolence and civil disobedience could prove to be a potent force capable of bringing a mighty empire to its knees.

The newly-gained freedom brought with it its own set of challenges: namely, dealing with the aftermath of the partition of the country, persuading the principalities to join the Union, and unifying diverse groups under a common theme—the idea that we are one nation and one people.

We also needed to frame a constitution based on modern ideas that was capable of delivering justice to all citizens regardless of caste, creed, language, ethnicity or religion as a matter of priority. Our laws until then were based on the modified colonial Government of India Act 1935.

However, our leaders rose to the occasion: A drafting committee was duly appointed to draft a permanent constitution, with Dr B R Ambedkar as chairman. 26 January, 1950 is the day on which India formally adopted the Constitution and is celebrated as Republic Day.

Cut to the modern times: How does modern India celebrate the event and remember her heroes? What role can the younger generation play in taking this rich legacy forward?

To find out, take up a vantage position in front of the TV on the morning of the 26th and catch all the action, straight from the Republic Day Parade in in New Delhi:

The other highlights of the parade include: the BSF Camel Contingent, the march past involving

different regiments of the Indian Army, Navy, and Air Force with their bands, N.C.C. cadets, and the school children from different schools.

Another much-anticipated event is the parade of the floats representing different regions of the country depicting the diversity and richness of the culture of India.

A spectacular display of riding skills by the motorcycle units of the forces and a flypast by the Indian Air Force jets are the much-loved events of the grand parade.

Finally, we owe our freedom fighters—many of whom gave up well-paying jobs, sacrificed family life, and in many cases, lost their lives—a debt of gratitude for their many sacrifices and also for taking up the task of building a young nation, brick-by-brick, post-independence.

The Constitution of India is a visionary document and is our most cherished national asset. Let us celebrate our constitution and also make a pledge to take our country to greater heights.