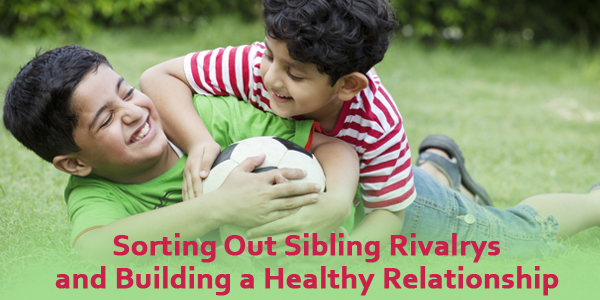 Have been at your wits just sorting out differences between your lil ones? It becomes tiring emotionally (& physically, sometimes) to spectre rivalry amongst siblings.

Just remember, we are beings evolved from apes, so survival instincts are always at peak. The challenge from other competing members of the family is fierce and the need to prove your superiority over your siblings is vital to chances of your own survival.

However, don’t exhaust yourself about a seemingly common occurrence which is considered an integral part of growing up. It is always better to address any problem at a root stage but with a softer touch. Try not to get overemphasized and make it a deep-rooted dislike for one’s brothers and sisters.

So parents with one or more children who are looking to expand your families, either biologically or via adoption, be ready to assume the role of a referee and sort out endless instances of rivalry, also known as sibling rivalry.

Being a parent has both good & sometimes bad stress. The long-term effects of sibling rivalry depend solely on how early parents recognise the signs and how well they handle it. Here are some quick tips:

Finally, siblings raised well form bonds that last for a lifetime and bring joy and contentment to parents, who can sit back in the knowledge that their kids have formed a strong bond, nay, a mutual support system, in a way only brothers and sisters can, thus earning them the right to pat each other on the back for a job done well!