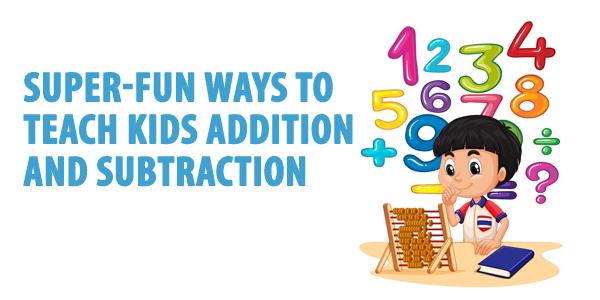 But by coming up with creative and fun ways to deal with numbers, mathematics can become an awaited activity for kids.

So here are a few ideas to encourage your little ones to play with numbers:

What fun activities do you use to teach your kids the concept of addition and subtraction? Let us know what can go up into this list.