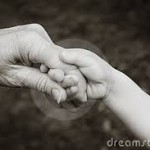 What is the role of a grand parent today?

I have been a grand parent since 2007. Our first grandson arrived that year. Two years later our secondgrand son arrived. Both were born in Mumbai in a hospital close to our home. So I started my role as a grandparent from the day they were born.

Both my wife & I played distinct and different roles as grand parents. She was a big help to my daughter in doing many things for the babies. I played a limited role in the early days. I used to get up early, so did our grandsons. So my daughter would hand over the baby to me. She would get a couple of hours of rest.