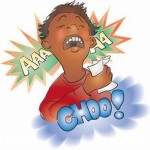 My adored English teacher in primary school inspired most of us in her class to become fascinated with poetry. I remember one particular poem “The Common Cold” written by A.P Herbert that she taught us, and I always take my cue from it while speaking to my patients and their caregivers. So here goes….

The doctors really must be told

It’s really time that they controlled

The horrors of the Common Cold.

It’s quite true that colds and coughs are humdrum to us doctors. They arrive when the weather conditions allow viruses to thrive, and will continue to spread as long as there is going to be clustering and companionship. Watching the patterned episodes does make a physician think that it’s not much of a hassle. Personally, only after I became a parent could I see how a blocked nose ( nothing to doctors) could make a child out of sorts, uncomfortable and cranky. We do take charge though, when we see a change in the scenario, like when the common cold becomes the flu.

I love the doctors – they are dears;

But must they spend such years and years

Investigating such a lot

Of illnesses which no one’s got?

When everybody, young and old

Is frantic with the Common Cold

And I will eat my only hat

If they know anything of that

I think an interlude of common cold is tackled very well by the body’s natural defences and we are recharged after rest and TLC. This does hurt the wee little ego we doctors manage to develop after our long abiding study of the human body, that the body can take care of itself. But I have to contradict the poet a bit here. Research in the medical field is slow and tedious and these days we make statements only based on clear sustained evidence.

But our patients aren’t always happy to pay a consultation fee to hear us telling them to relax, and we are deemed ineffective.

Mark with what long and patient care

The doctor studies what is rare

He cannot do too much for you

If you have something strange and new.

Nor can he quite conceal his bliss

If it should chance to end in ‘is’.

But there are fortunately few

Who suffer from the strange and new.

I do not know a single case

Of Indian Itch or Persian Face.

Nor do I think that I have met

A man with sleeping sickness yet.

Doctors usually don’t like to miss out on anything serious. We know that all colds aren’t benign and the situation might be harbingering complications. Paediatricians are therefore, always on the lookout for the infection spreading to the eardrum (that’s “otitis” for you), the sinuses (‘sinusitis”) or the airways leading to croup or “bronchiolitis” in kids. There is also a bacteria called “streptococcus” which, entering through the throat (the event is termed“pharyngitis”) can, when untreated, affect the heart’s valves (heard of rheumatic fever or “carditis”?). Doesn’t the doctor deserve to pat himself on the back if he picks up on one of these early? There are certain disorders with immunity wherein a cold can endanger life.The doctors examine your child looking out for these things as well.

But all of us have one disease —

We all sniff, snuffle, cough and sneeze.

This is the universal plague

And here I find the doctor vague.

I guess somewhere all doctors renounce the need to be acknowledged for our efforts or for refraining from superfluous prescribing. So like A.P Herbert many will claim….

But if, in fact, you chance to meet

A specialist on Harley Street

And say to him “Look here. Behold!

The gentleman will only stare.

He really does not seem to care.

He then remarks, without remorse

“Oh, Well, the thing must take its course.”

I hope this gives an insight to most doctor’s seemingly perplexing behaviour. So if your child catches the common cold this season do see your doctor, keep calm and see him or her again if your child are not better by three days. Your doctor will brief you on the warning signs that suggest a different diagnosis. Meanwhile (like your parents must be saying), go to bed and take plenty of fluids.

Re-published with permission from the blog of ParentEdge, a bi-monthly parenting magazine that aims to expose parents to global trends in learning and partner with them in the intellectual enrichment of their children. This blog was written by Dr. Krishna Mahathi.