Honesty and dishonesty are learned in the home. Parents are often concerned when their child or adolescent lies. Young children often make up stories 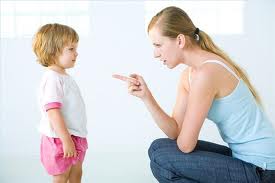 and tell tall tales. This is normal activity because they enjoy hearing stories and making up stories for fun. These young children may blur the distinction between reality and fantasy. This is probably more a result of an active imagination than an attempt to deliberately lie about something. An older child or adolescent may tell a lie to be self-serving, such as denying responsibility or to try and get out of a chore or task. Parents should respond to isolated instances of lying by talking with the youngster about the importance of truthfulness, honesty and trust.

Some adolescents discover that lying may be considered acceptable in certain situations such as not telling a boyfriend or girlfriend the real reasons for breaking up because they don’t want to hurt their feelings. Other adolescents may lie to protect their privacy or to help them feel psychologically separate and independent from their parents. Parents are the most important role models for their children. When a child or adolescent lies, parents should take some time to have a serious talk and discuss the difference between make believe and reality, and lying and telling the truth. They should open an honest line of communication to find out exactly why the child chose to tell a lie, and to discuss alternatives to lying. A parent should lead by example and never lie, and when they are caught in a lie, express remorse and regret for making a conscious decision to tell a lie. Clear, understandable consequences for lying should be discussed with the child early on. However, some forms of lying are cause for concern, and might indicate an underlying emotional problem. Some children, who know the difference between truthfulness and lying, tell elaborate stories which appear believable. Children or adolescents usually relate these stories with enthusiasm because they receive a lot of attention as they tell the lie. 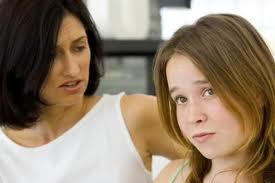